Kami Shintaro (慎太郎 神, Shintaro Kami) was born into a rich ghoul household, but fled to the 11th ward. There, she joined the Aogiri and became an official member, She is known as 'Angel' (天使, Tenshin) to the CCG.

The first thing you notice about Kami is how stunning she looks, she is incredibly attractive. Sporting high cheekbones, a small nose, deep blue eyes, shrouded with a layer of violet from her contacts and, the look is finished with tight, pouty lips. Her face is always made up with professional levels of expertise, thanks to her years of practice. Her hair consists of a white base, with black highlights going down to the very bottom of her hair, located just above the waist. She is very frail and petite, sporting a short 5 foot 4 height. She doesn't eat much, as a result, she has a very toned and lean figure. Her overall look comes by as vulnerable and weak, combined with her attractiveness, she can lure prey in the form of thirsty fuccbois for her meals. When it comes to clothing, she generally wears whites and blacks mainly, but the common theme with all of her clothing is that it is always designer

The stark-haired ghoul is quite unique.

She used to be the polar opposite of a traditional ghoul. Where ghouls thrived in murder, she would say 'no', she always wanted peace. Where ghouls would usually have troubled pasts, Kami lived in a life of luxury and affluence, the life that Kami lead, made her very soft as a person, she is weak, both physically and mentally. She has never seen death, her food was handed to her on a silver platter by the numerous servants around her mansion. Her parents sent her to prestigious schools, surrounded by humans, she had strictly human friends, any ghoul interaction was forbidden by her parents. Whenever she was even slightly threatened, the problem would be dealt with outside of Kami's sight, this meant she never had the need to fight. The sheltered lifestyle lead to a radically different ghoul, she believed in peace, that needless killing shouldn't exist.

However, when thrown suddenly into the ghoul world, her mind became corrupted. She still sympathises with humans, the weight that killing them puts on her mind is immense, it caused many internal problems, ranging from guilt to self-hatred. As a result, she shut herself and her emotions away from the world. She possesses a sharp tongue, and can be very insulting while maintaining a straight face. This makes communicating with her a very challenging task, if not impossible. In spite of this, she is sincere with her words. Often when placed out of her comfort zone, she will respond with anger and nervousness, but usually, she has a cold and calculating look to herself.

Her ulterior motives as to why she progresses through Aogiri are unknown, she is seen to be rather narcissistic in her ultimate behaviour. Manipulation is her forte, it would be a mistake to trust her.

Kami doesn't have much of an eventful history. She was born into a regular, loving household, attended a private school, had a regular life. The household was immensely rich and made sure that Kami wouldn't be outed as a ghoul when merging with other humans. Kami always had everything handed to her and never had to work for anything. This caused her to be lazy and never experience what being a ghoul was actually like. Although, this all changed when she saw that her parents were part of the ghoul restaurant. This was roughly six years ago, just before their initial destruction. Kami was only twelve. She couldn't come to gripes with the fact that her parents were paticipating in such a gruesome event. This was the first discrepancy of the many that followed, it eventually lead to her falling out with both of her parents. She fled from her house, taking important belongings like credit cards, her phone etc. with her and fled. She started living around hotels and at friends homes. Despite how stupid the decision was, she doesn't regret it a single bit. She eventually found out about the Aogiri tree on accident and went to the 11th ward to find and be recruited by them, feeling that they could give her a home to go to, not really knowing what to expect from them.

Strengths: Very fast and strong despite her small frame, along with a quick reaction time. She is best at dealing and evading damage.
Weaknesses: She has no fortitude, she's a glass cannon. Both physically and mentally. She can't really take much of a hit and has next to no stamina. Her pampered lifestyle lead to her never really seeing much death going on, when she's exposed to it, she is often shocked and can't do much.

Appearance: White wings with black accents on the edges, they are much larger than most and appear in the crude shape of typical angel wings. They appear to be crystallized at all times and are reflective. It isn't rare for Kami to use them as a mirror.

Strengths: Can achieve fast speeds in short time frames, Shoots out a large amount of needle-like sharp shards, they travel across the air incredibly quick and have a lot of potential to pierce skin/armor.

Weaknesses: Weak and brittle, shatters easily, isn't used as much of a defensive tool. Causes Kami immense pain when released from her body. 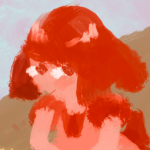 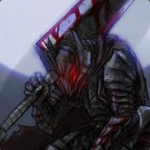